Iura, an unemployed young actor, lives in a hopeless relationship in the Republic of Moldova, the capital of which is shaken by political unrest. The country appears to offer little perspective and many young people try to migrate abroad, everyone for his or her personal reason. After a quarrel, Iura realizes that there must be another way than turning his back on his country. 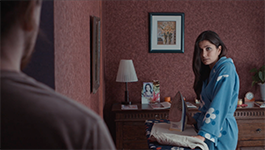