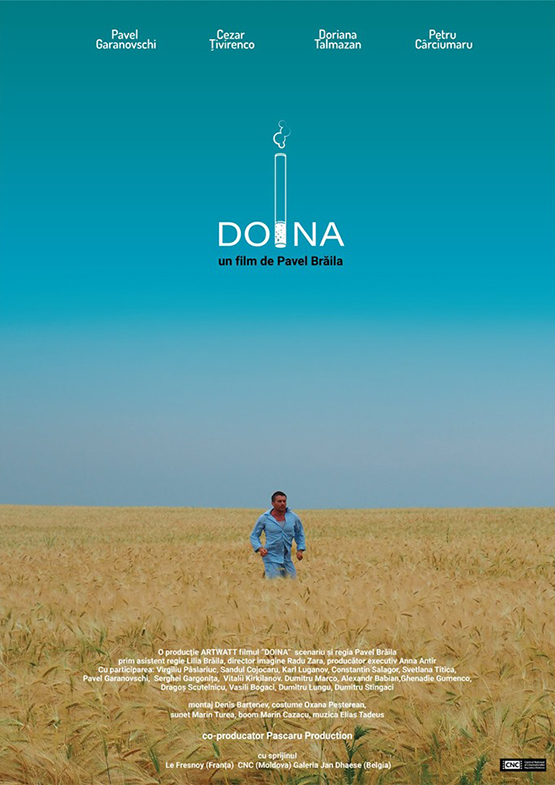 It's Kolya's story - a former European youth champion in gymnastics who is now a patient at a psychiatric hospital and for a cigarette he is ready to make any pirouette. He does not smoke the obtained cigarettes though, but collects them into a secret suitcase that is already filled with hundreds of cigarettes of different brands. In the end we find out why and for whom Kolya keeps these strange collection. 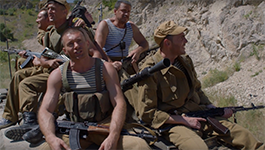 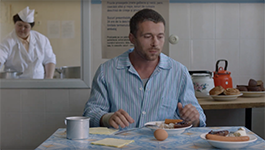 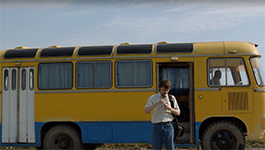 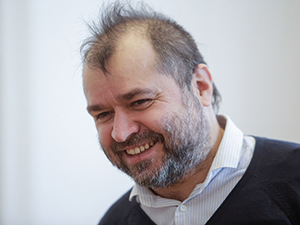 Since the mid-1990s the artist took part in numerous international art exhibitions and film festivals with films, videos, installations, photos, and performances. In 2002 his film “Shoes for Europe” was shown at the documenta11 in Kassel. In 2003 he was selected by Phaidon in the list of 100 best artist in the world (Cream 3). In 2004 Braila initiated in Moldova the unique project “Alte Arte” - a TV Magazine on Contemporary Art, that was produced by artists and broadcasted on Moldovan national TV. In 2007, being an artist in residency of DAAD Berliner Künstlerprogramm, Pavel Braila presented his monumental installation “Barons'Hill” in Neue Nationalgalerie. During one month, 24 hours around, his six channel video was taking advantage of the transparency of Mies van der Rohe's architecture and made the work visually and audibly accessible to visitors outside the building. His film “Definitively Unfinished” was awarded in 2009 at the Oberhausen International Film Festival. In 2011 Braila presented "Chisinau - city difficult to pronounce" a four-part video work, which he created for the exhibition at Galerie Art Point (Vienna), that deals with life in Chisinau throughout a full year and offers impressions of Moldova's capital during all four seasons. In 2013 his piece “Ink Ribbon Fingerprints” got the CELESTE PRIZE for the best Video. In 2014 a series of performances by Braila (“Another Noon”, “Cold Painting”, etc) were presented in Public Program of Manifesta 10 in Saint Petersburg. In the film “The Hottest Summer in The Winter Palace” (2015) Braila tells the story of Kasper Konig and his team of Manifesta10 in st. Petersburg. In 2015 Braila’s concept was selected to represent the pavilion of Republic of Moldova at the World Expo in Milano for which he was nominated for the best public architecture at the Ida-Tops Award. in 2017 Pavel Braila took part for the second time in documenta14 in Athens and Kassel. Braila had exhibited in solo shows in venues such as Yvon Lambert, Paris, Neue Nationalgalerie, Galerie im Taxispalais, MIT List Visual Arts Center, Transit Bucharest, Eastwards Prospectus, etc Braila's works have been included in numerous group shows including those at Boijmans Museum, TATE, The Renaissance Society in Chicago, Kölnischer Kunstverein; Palazzo delle Stelline; MUMOK; Moderna Museet, Stedelijk Museum Schiedam, etc. He lives and works in Chişnău and Berlin.