A short story about the return to his city of a girl who survived several months of horror and escaped from it. The question is - by whom she returned and at what cost. 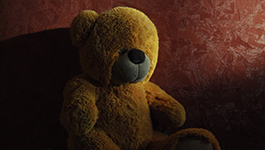 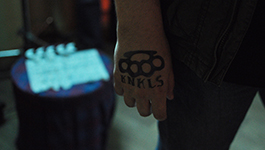 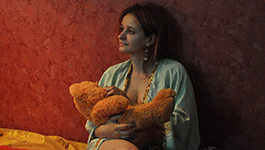 Film director from the Republic of Moldova, 30 years. He started his activity in the audiovisual field since 2007, when he participated for the first time and won in the Video Spot Competition on the danger of tuberculosis ("TBC-CBT"). In 2013, Nicolae graduated from the Chisinau Academy of Music, Theater and Fine Arts, with the title of "Film and TV Director". In the last year of studies at the Academy, Nicolae was designated "Student of the Year". As a student, Nicolae participated in various film festivals, competitions, national and international seminars, including: Tbilisi ISFF (Gruzia), Sofia Meetings (Bulgaria), Transylvania IFF (Romania), "Autumn of Gold" IFF (Moldova) . A very successful work was the short film "11:30" (2013), which won 3rd place at the XXIV International Film Forum "The Golden Brave" (Russia). Another short film "Uncle Dima Goes Shopping" has participated in several international film festivals: "Film of Stone" (Romania), "Koroche" (Russia), "Action on Film" (USA), "Filmfest Osnabrück" (Germany). In 2016, Nicolae defended her master's thesis in the specialty "Documentary Film Director". Selected filmography: