It's Lara's 60th birthday, and this very evening, her son will be giving his debut piano concert. Lara mapped out his musical career. But Lara is not welcome at his debut performance. Even if Lara engages, everything gets out of control. 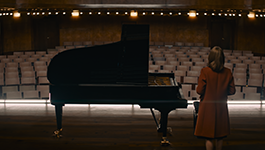 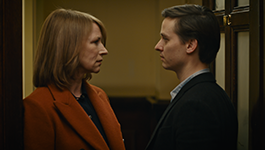 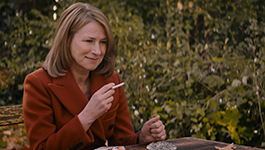 Jan-Ole Gerster, born in 1978, moved to Berlin in 2000 for an internship with the film production company X-Filme Creative Pool (Run Lola Run, The White Ribbon, Babylon Berlin). He subsequently became personal assistant to Wolfgang Becker during the production of Good Bye, Lenin!. In 2004 he began his studies at the German Film and Television Academy Berlin (dffb), where he majored in screenwriting and directing while filming music videos on the side (including for Get Well Soon, Nada Surf).

His debut film A Coffee in Berlin celebrated its world premiere at the Karlovy Vary International Film Festival in July 2012 and became a surprise hit at the box office the following autumn.

A Coffee in Berlin won numerous national and international awards, including the Bavarian Film Award (Best Screenplay), the German Film Award in six categories (including Best Direction, Best Screenplay, Best Feature Film), and the European Film Award for Best Debut Film. In 2013 Gerster was a fellow of the Villa Aurora (Los Angeles) and in 2014 of the Villa Massimo (Rome). His second feature film Lara will be celebrating its world premiere in summer 2019 and will be released in German cinemas on November 7, 2019.