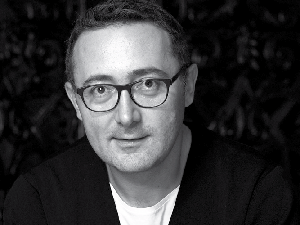 Giurgiu studied film directing at the I. L. Caragiale National University for Theatre and Film Arts in Bucharest and worked as a directing assistant for Lucian Pintilie and Radu Mihăileanu. In 1997 he was selected as an artist in residence at the  911 Media Arts Center in Seattle through the Artslink project. He produced and directed commercials and music videos, was the General Director of the Romanian Television.

His feature debut, Love Sick, was included in the Panorma section of the Berlinale in 2006 and received numerous international awards. His second feature, Of Snails and Men, enjoyed both local success as the Romanian film with the largest number of entries in 2012 and international recognition: Special Jury Prize in Warsaw, Best Film in the Punto di Encuentro of Valladolid, and Best Film in SEE Film Festival in Los Angeles. His third film, Why Me?, a troubling thriller based o a real corruption based on a real and troubling corruption story, premiered in Berlin in 2015 and received awards in Sofia, Miskolc, and the Tarkovsky IFF. His short Superman, Spiderman or Batman won best short at the European Film Awards, among others.

Born on March 16, 1967 in Or. Rezina, Republic of Moldova. She graduated from the Faculty of Journalism of the State University of Chisinau (1990). In the years 1990-1991 she worked as a reporter at the Parliamentary Weekly "The Council of the Country". A professional journalist, however, her life's vocation is the directing of the film, so in 1991-1992 she follows her vocation, becoming an assistant director at the studio "Moldova-Film". She debuted as a director at the "Flux-Film" studio with the short film artistic film "The children of the butcher" (1992), after a novel by F. Kafka.

During the years 1995-2001, she works with her partner, director Sergiu Prodan, the feature film "Procut's Bed". From 2002 until now she is CEO of the Film and TV Production House "Atelierul Sergiu Prodan", produces advertising spots and documentary films, directing them. "Colors" the second feature film directed by Viorica Meșină was a great success for the local audience.

Moldovan actor, editor and director. Born in 1970. He is a graduate of the MHAT (Moscow Art Theatre) school's theatre and film acting course and has taken editing courses in New York.
He is a well-known TV showman and has a PhD from the Visual Arts Faculty of the Academy of Arts in Chisinau.
He has starred in many international productions. Has written 2 feature screenplays. 'What a Wonderful World' (CE LUME MINUNATA) is his feature debut and won FIPRESCI Prize at Warsaw Film Festival.
SANTA BARBARA is his second feature in financing process. 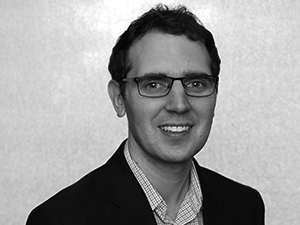 Brandon Konecny, J.D. is an attorney and film critic from the USA.
His work has appeared in several publications, including Film International, Journal of Religion & Film, Journal of Fandom Studies, and Film Matters.
His recent research has focused on Moldovan cinema.

For long, Brigitta Manthey has been training film professionals in Germany and abroad. She is a Berlin-based Advisor for Film Funding at the Medienboard Berlin-Brandenburg, evaluating national and international film projects in all stages. She is point of contact for film professionals from Eastern European countries.

Her professional responsibility comprises her board membership at the New German Film Board Foundation, her appointment as expert at the EAVE European Producer’s Workshops and into national & int’l Jurys. As a qualified script-consultant and long-term reader of film scripts, she has released a widely accepted industry standard of a reader’s report.

Previously, Brigitta Manthey was Head of the Film Department at the main Literary Center Berlin; freelancer at the Drama-Department of the TV-broadcaster Free Berlin and a producer of documentaries. She holds a M.A. in American Literature, Film & Theatrical Science.

Well-known sound engineer for “Closer to the Moon”, “6.9 on the Richter scale” and 70 other films in which he took part.
Growing up in a family with music background, made he pay close attention to sound. He started playing drums and started a Death Metal band in high school. From there, he went to DJ-ing and, later on, to playing with songs and doing remixes. It was hid first encounter with sound software. In 2011, he joined the Chainsaw Europe team.
Although he still play & compose music, he discovered that nothing interests and fascinates him more than sound design and sound editing. From ambiences to car crashes, from foley to easily understandable lines, he love to acquire, create, and manipulate sounds to fit a scene.

Dumitru Grosei was born in Marinici, Moldova in 1969. Between 1992-94, he studied Law at Iasi University and in 1994 he started studying Film Directing at UNATC Bucharest, which he graduated in 1999. In 1995 he was assistant director of famous French director Bertrand Tavernier, for the CAPITAINE CONAN movie. Between 1998-2002, he produced several music videos and commercials in Bucharest, with the independent production company TRUE MEDIA COMMUNICATION. Currently, Dumitru Grosei lives in Chisinau and is the founder president of the Association of Independent Filmmakers of Moldova ALTERNATIVE CINEMA. From 2015, he is the director of the annual cinema event "Romanian Film Days in Chișinău", where the most important and newest Romanian films are screened. Between 2016 and 2017 he held the position of Director of the National Film Archive of Moldova. He speaks fluently Romanian, Russian, Italian, French, but also English and Ukrainian languages, at a medium level.
The films produced and created by Dumitru Grosei have gathered numerous selections and awards at international festivals.

Born on 07.11.1975 in the district of Cantemir the village of Ciobalaccia. In 1999 he finished AMTAP at the composition specialty. He first launched in music, being the author of dozens of songs, some of them internationally recognized.
The last period focused on film music, debuting with the short film "Milliard" by Evgheni Dudceak, followed by the feature films "Beautiful Corruption" by Eugen Damaschin and "Thunders" by Ioane Bobeica.
Currently Octavian Coteț is working on 2 internationally co-produced film projects.